Welcome to the Latest Edition of Charting a Course!

Dominaria United is now legal on MTGO, so this week we’re going to take a look back at the SNC season of results and examine some of the early changes we’re seeing with the latest set.

It was a very long time between standard set releases, but the banning of Winota and Expressive Iteration created a mini-rotation, seeing some archetypes disappear from the top tiers of decks – mainly Naya Winota and Izzet Prowess, the main sufferers from the bannings.

In their place we saw Humans decks emerge in various color splits until Mono-White emerged as the favorite, not just for results but from a budget perspective as well! Spirits was also present in two different versions, the budget friendly Mono-Blue and the classic Bant Spirits featuring Collected Company.

In order to ‘get under’ the likes of Mono Green Devotion and Azorius Control, fast-finishing linear decks like Abzan Greasefang and Boros Heroic became a weapon of choice to fill the void left by both the Winota decks and Izzet Prowess.

If you want to dive into this season data further, click here to check out the full spreadsheet.

Week 1 of challenge results never shows drastic changes in the meta, but it’s great to see 10 different decks represented in the Top 8s across the weekend, as well as a fully unique Top 8 from the Sunday challenge, the first for a MTGO Challenge since July 10th!

Here’s a couple of cards from the new set that have already started appearing in decklists: 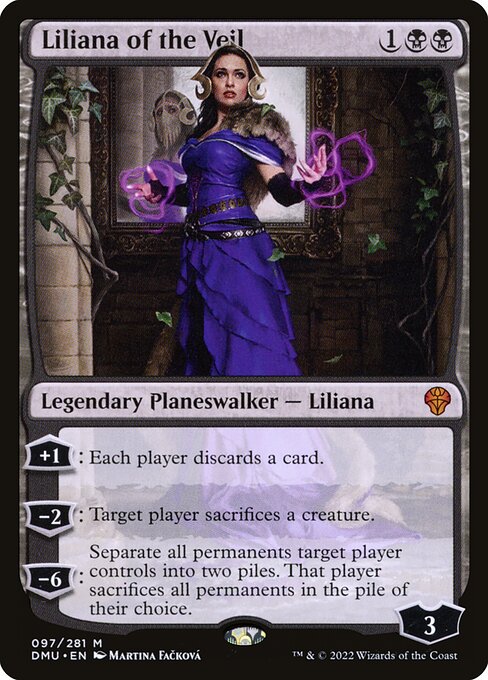 As expected, the reprinted planeswalker has been slotted into a few decks already, with a larger existing supply from Modern probably also assisting players in trying this card out ahead of some of the new DMU tech. Rakdos Midrange and Abzan Greasefang are the ‘tier’ decks to make use of LotV, though there have been some comments from Rakdos players that 2-3 copies in the main is probably best rather than a full playset. Mono Black Aggro is also testing this among other cards and could be in line for a resurgence. 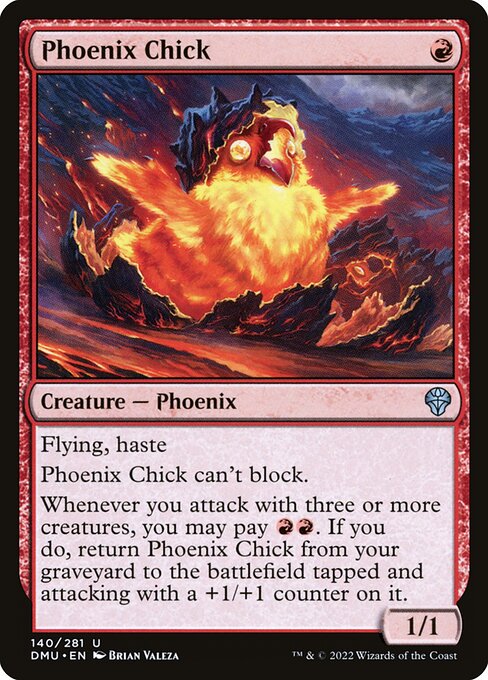 This one-drop has created a shift in the build of Mono Red Burn, with three pilots in the Sunday Challenge running a list that cuts previous mainstay Eidolon of the Great Revel in favour of Phoenix Chick and cutting Lightning Strike as well to use Obosh, the Preypiercer as a companion. Phoenix Chick provides a great recursive threat for the deck, and having flying makes it easier to get in and trigger spectacle or extra damage through a board stall with Obosh on the battlefield.

We’ll be back in a fortnight to look at the development of the meta as the new cards become more available and people have more time to test their decks. In addition to the weekend Challenges, we’ll pick out some of the best new decks on the scene from the league 5-0s to examine.

Please confirm deletion. There is no undo!